by dcsdemo | Feb 23, 2016 | Stay Up-To-Date With The Top IT News From Tier One Technology Partners 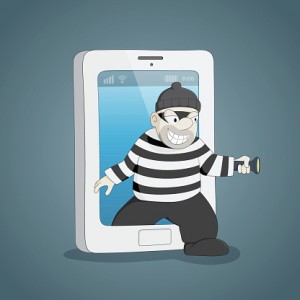 As employees continue to access and share work data using smartphones, it’s crucial that you understand the threats facing mobile devices. In the past, malware has been mostly limited to desktops and laptops, but that’s not the case anymore. Malware on smartphones is a particularly large threat right now, meaning you should understand what you are up against and learn how to effectively combat it.

Malware, for those who don’t know, encompasses a wide range of viruses, spyware, ransomware, worms, etc. Often, malware attacks result in a major financial loss for the targets. The most reliable way to stay safe is a proactive approach – understanding how mobile malware works and how you can avoid it.

Why hasn’t mobile malware been a major problem like PC malware?

Well, it has been a problem, but the outbreaks that have occurred so far haven’t been as widespread or damaging as PC-based malware outbreaks of the past.

One of the most prominent reasons that malware has had a slow start on mobile platforms is that both Apple and Google developed their Android and IOS operating systems with modern security principles in mind.

PC operating systems, Microsoft Windows in particular, have been burdened by the need to maintain compatibility with older hardware and software that often didn’t fall in line with modern security features that new operating systems would ideally enforce.

Shop in The App Store

Android and iOS both restrict any software from being loaded onto a device unless it’s been purchased through the App and Play Stores.

The Importance of Updates

Just like on PCs, it’s important to keep a phone’s operating system and installed apps up-to-date with the latest security fixes – they could save you in the long run. All phone platforms check for updates periodically and are configured by default and prompt you before installing intrusive updates.

Say No to Jailbreaking

Most smartphones have built-in restrictions that lock down low-level system settings and key apps so that even the phone’s owner can’t change them. For example, your iPhone isn’t going to let you uninstall Safari.

Keeping your business protected doesn’t have to be a constant struggle – reach out to Tier One Technology Partners to discuss the most effective forms of protection against online threats. Our team of technology professionals are eager to help provide the strategies, services, and guidance you need to gain peace of mind: contact us at info@tieroneit.com or (443) 589-1150.