by dcsdemo | Nov 26, 2012 | Stay Up-To-Date With The Top IT News From Tier One Technology Partners 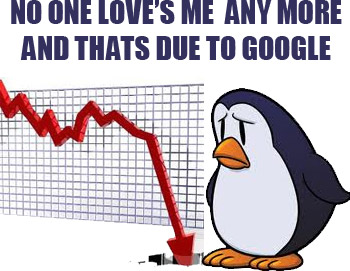 The dominance of webspam and SEO trickery is now over since Google released the Penguin update on April 24, 2012. This update from Google actually looks out for sites with excessive use of unethical or wrong SEO tactics and webspam to increase traffic and ranking of a page.  This is the latest algorithm change of Google with a view to penalize those sites that violate the existing quality guidelines with wrong intentions. Hence, the use of keyword stuffing, spamming, comment spamming wouldn’t be a good idea anymore for those crook SEO experts.

Unlike previous Google updates (Panda), the Penguin update is more accurate and better equipped to detect any sort of attempt that involves the wrong use of SEO. Although the Penguin update won’t have anything against the use of SEO, it will severely penalize any wrong SEO. As an improved version of the Panda update, the Penguin update can easily detect any site which is over-optimized and includes spam content. The number of such websites isn’t menial, and they have been fooling visitors for a long while.  Now any site with such practices will be penalized by a reduction of its SERP ranking and also a major traffic drop.

Without Penguin update in the backdrop, there was never a good time to give up the wrong and unethical SEO practices. Those who have tested their luck with wrong SEO till now won’t be lucky anymore. Hence, it is expected that with Penguin update, Google will be able to improve its ranking and ensure a better web surfing experience for visitors.

If you also do not want to get penalized by Penguin update, you should get rid of all copied and spam content from your site; stop comment spamming to get BackLinks,  keyword stuffing and avoid any other unethical means to get noticed in Google. Try to write unique and relevant content that people like and focus on quality not quantity in producing content. Regularly update your site and don’t forget to share the updates on social network sites such as Google +, Twitter, etc. Along with penalizing wrong SEO, Penguin update can also reward and boost the ranking of excellent SEO practices.

Do you have questions about the correct way to optimize your business website?  Give us a call and our team will point you in the right direction.