by dcsdemo | Sep 10, 2013 | Stay Up-To-Date With The Top IT News From Tier One Technology Partners 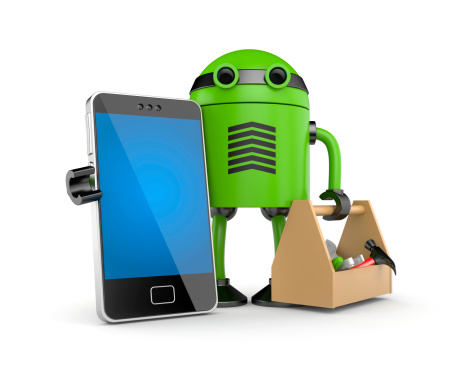 Is your Baltimore, Washington, DC And Across Maryland business using Android phones?  Experts say that you should reconsider this.

Over the past few years, it’s become apparent how unsecure Android devices truly are. While Android has always been a risky OS for mobile devices, recent news reveals that security software is a necessity for devices running Android.

The FBI (Federal Bureau of Investigation) and DHS (Department of Homeland Security) have warned agencies about using Android, as it continues to be a primary target for malware attacks due to its open source architecture and market share. In a recent blog post, Microsoft highlighted the FBI/DHS warning, which warned police, fire departments, and medical service providers that out-of-date Android devices pose a huge security risk.

Taking a quick look at the malware threat pie chart released in the government-issued bulletin*, it’s obvious why Android is considered unsafe. While the Windows Phone isn’t even listed, Android phones are affected by nearly 80% of malware threats.

In the early 2000’s, Microsoft had its own issues regarding security, and developed policies and processes to ensure maximum security of their products. Microsoft understands the concepts of security better than Google, due to their understanding of enterprise security.  Businesses require high security when it comes to their products, and if a product works well for business use, it will work for consumers.

Why have Google and the rest of the Android community been so dismissive regarding the security and management requirements of enterprise customers? This remains to be a mystery. So businesses that use BYOD (bring your own device) must develop and implement separate policies for Android-based devices connected to their corporate network. In all honesty, Android just isn’t prepared for enterprise use.

In Microsoft’s blog post, Michael Stroh explained the steps that have been taken to protect the Windows Phone and its customers. Google must take similar steps to prevent further security issues, the question is: will they follow through do this?