by dcsdemo | Sep 4, 2013 | Stay Up-To-Date With The Top IT News From Tier One Technology Partners 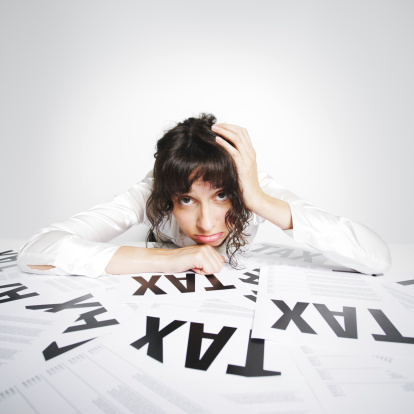 Last week, a lawsuit by Massachusetts-based technology companies was filed against a new state sales tax levied on computer software services. The lawsuit is headed to the state courts for an injunction and potential repeal.

The tech tax expands the state’s 6.25% sales tax to “computer and software services.”  In addition to being unclear what that applies to, people aren’t sure how much money the tax is expected to raise. According to various tech companies, the new state sales tax levied on computer software services is too vague and a threat to jobs.

Scott W. Foster, a partner at the law firm, Bulkley, Richardson & Gelinas in Springfield, Massachusetts, initiated the lawsuit. Foster is also using his tech startup nonprofit, Valley Venture Mentors, to spread the word among tech CEOs about the tax.

In addition, Foster explained that the companies he’s spoken to are extremely confused about the tax, and they’re unsure of how to include it on their invoices. According to Foster, the definitions provided by the legislature make it difficult for companies to determine what the language means in practice.

“Because [software services is] not a term used in our industry, it opens it up for vagueness,” he said.

Many companies have started adding stickers to their invoices, warning customers of the additional tax that will be charged, others are just charging their customers the additional 6.25% sales tax with rebates promised later if it’s rescinded.

Companies have good reason to worry, if the tax isn’t handled correctly, they could endure heavy tax evasion penalties, or worse, felony charges for willful failure to withhold, which could potentially lead to five years in jail.

“A lot of business owners are very scared,” he said. “If they throw up their hands in frustration, that could be seen as a willful failure.”

In Massachusetts, tech companies were supposed to begin collecting the tech tax in August. However, many of these companies still don’t understand how it works. In October, a full set of guidelines for the tax is expected to be complete and available.

Foster is currently assembling a group of companies to file the case in a number of weeks. Once he files, they will request an emergency hearing, which should take place a few days to a week after filing.

During an emergency hearing, a judge will listen to the pros and cons of placing a temporary injunction on the tax. This process will place a temporary hold on the implementation of the tax for business owners until the case is finalized. A later hearing will put a preliminary injunction on the tax so it remains in place until the case makes its way through the court system, which could take years according to Foster.

Foster is working with the groups associated with the ballot initiative and the legislature, and he explained that the advantage of filing the lawsuit and receiving the injunction will be increased time for businesses to figure out what they need to do.

“These things take time, and businesses don’t have time right now,” Foster said, adding that if the legislature acts quickly and puts a hold on the tax, the lawsuit wouldn’t necessarily need to occur. After he files the lawsuit, the attorney general’s office could also agree to the injunction.